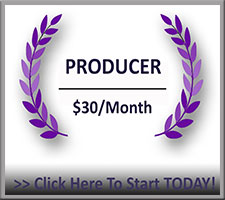 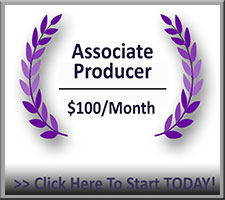 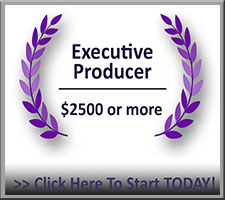 The Living Powerfully community is made up of “cultural creatives” that are interested in taking life to the next level. We have united to bring stories of triumph, inspiration and hope from everyday heroes to actively create the world that we all want to live into and ultimately leave for generations to come.

This media platform is a way for us all to impact the world on a much larger level than any one can do alone. Award-winning filmmaker and creative entrepreneur, Brandy Amstel, has demonstrated the power of film making to create real social change. Her most recent project has brought awareness to the issues surrounding homeless women, raised almost $75,000 for a local non-profit so far, and inspired thousands of people to take action in their lives. Brandy’s other films have had equal success screening around world and winning numerous awards.

She is committed to expanding her gifts by partnering with the living powerfully community to CREATE a new world. To make movies that matter.

Imagine touching the lives of thousands and being remembered as a person that made a huge contribution on the planet.  Imagine creating a life where you fulfill your purpose and dreams, where we love and respect ourselves and one another. Imagine being part of creating a world where we take care of our planet and all of the creatures that live here with us.

What do YOU want to be remembered for? What do you want your grandchildren to be proud of you for? Everyone desires to leave a legacy for generations to come and the question becomes how.

Filmmaker Brandy Amstel has created the Living Powerfully media platform and online community to facilitate having this vision realized.  It is through Brandy’s experiences that she has been able to bring together a unique model that has making a big difference in the world be so easy.  Sometime ago, like so many, Brandy had a grand vision for a “New World” and her vision was stalled because she got caught up in the “how”.  Going to strategy too soon can be very problematic and can lead to inactivity.  This is where most people get stuck.  They want to make a difference in the world and they want to leave a legacy, they just can’t get past the “how” and end up taking no action.  It was working through this experience that lead to the creation of the Living Powerfully community and media platform.

Living Powerfully is a social movement creating the world we want to live into and leave as a legacy for generations to come.

Film is a powerful tool for bringing awareness to an issue, cause, or story.  When utilized in the right way, film can create social change that is bigger than any one person could do alone. Amstel’s most recent film, “In Her Shoes” helped to raise over $74K for a local non-profit and has brought awareness to the issue of their being less than 40 beds to sleep in at night for the over 400 single homeless women in the Austin area. The film also tells the story of a courageous woman who through unfortunate events found herself sitting on the steps of the Salvation Army.  Through using the various programs available she was able to rebuild her life and is now giving back to the community and organizations that helped her in her time of need.  Her story of triumph and inspiration is providing hope for thousands of women around the country.

The Living Powerfully community unites to bring stories of triumph, inspiration and hope from everyday heroes to actively create the world that we all want to live into and ultimately leave for generations to come.

How am I creating a legacy by becoming a Living Powerfully member?

Take the next step to Living Powerfully and creating a legacy.