On July 12, 2013, a group of like-minded, socially conscious women and men gathered for a screening/fundraiser for Living Powerfully at Posh Co-Working Lounge.  The evening was filled with rich conversations about how we can collectively come together to create a bigger impact through film than any one of us can do alone. 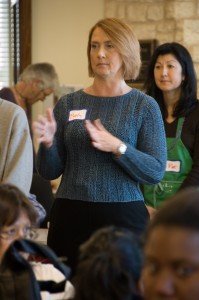 We started the evening off by screening the award-winning short documentary, “In Her Shoes”.  I invited star of the film, Betty Staehr to join me in a Q&A session and to discuss the impact the film’s success has had on her life as well as the successes it has created in the community.

Betty shared with the group that she is deeply moved by the broad reach the film has had to impact women around the world.  She routinely gets emails or phone calls of people telling her what an difference her story has made for them. The film has helped raise significant funds for local non-profit, Dress for Success Austin allowing for them to better serve the Austin homeless women’s population and get them back on their feet contributing to society.

The film continues to screen in cities across the world such as New Zealand, San Francisco, Palm Beach,Florida, Columbus, Ohio, Tulsa, Oklahoma, Harrisburg, Pennsylvania, St. Louis, Missouri, and Kansas City.  On  September 18, the film will screen at Goodwill Industries of Central Texas and help bring further awareness to the homeless issue in Austin.  Betty shared with us that she in now serving on the Board of Directors for Dress for Success Austin and will be speaking at Texas Women in Business event in September.

I completely understand where Betty is coming from.  I too get calls, emails or have conversations with people where they tell me that after watching “In Her Shoes”, they cannot look at a homeless person the same way.  It warms my heart knowing that the intention to have people be more compassionate, understanding and open to the homeless is being fulfilled.

“In Her Shoes” has been and continues to be a huge collaboration.  We all have our gifts and roles to play in this world.  We see Betty with her willingness to share her story and her passion for making a bigger impact, we see all of the organizations and people in the community coming together to help Betty get back up on her feet and then willingness to share their part on the film. 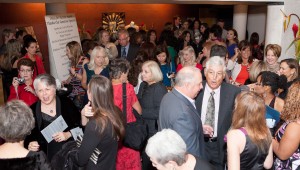 The world premiere where we raised all of that money and awareness was a huge collaboration as well.  It took volunteers to put together the hundreds of details to put on an event like that.  It took businesses and individuals willing to sponsor, donate, and come out to give to this cause, to open their hearts to making a bigger difference in the world, and to going out and sharing their new beliefs with their community.  It is still continuing with each city or individual that screens the film and shares the message.

And still part of the collaboration are the people that contributed money or in kind services to make this film possible and the amazing crew that worked tirelessly on a “no budget” because they believed in the cause.  We all have had a part to play. It takes each and every one of us to make a bigger difference in the world.

We all have a purpose in life.  We are each on a journey and we each have those causes or passions that pull on our heartstrings, that move us and touch us, and that inspire us.  We all have our own gifts, talents, skills, and resources that we get to bring to the world to fulfill our purpose in life. And for some people it looks like telling their story, like Betty courageously did, for others it is sharing the impact of the film with their community, and yet others it is contributing financially or volunteering.

My gift is that of a global visionary.  I’m able to see a big vision that can make a global impact. Using my skill as a filmmaker, I’m able to take in information, boil it down to a message and then bring people together in a big way to impact the cause. I’m ready to make the next films. 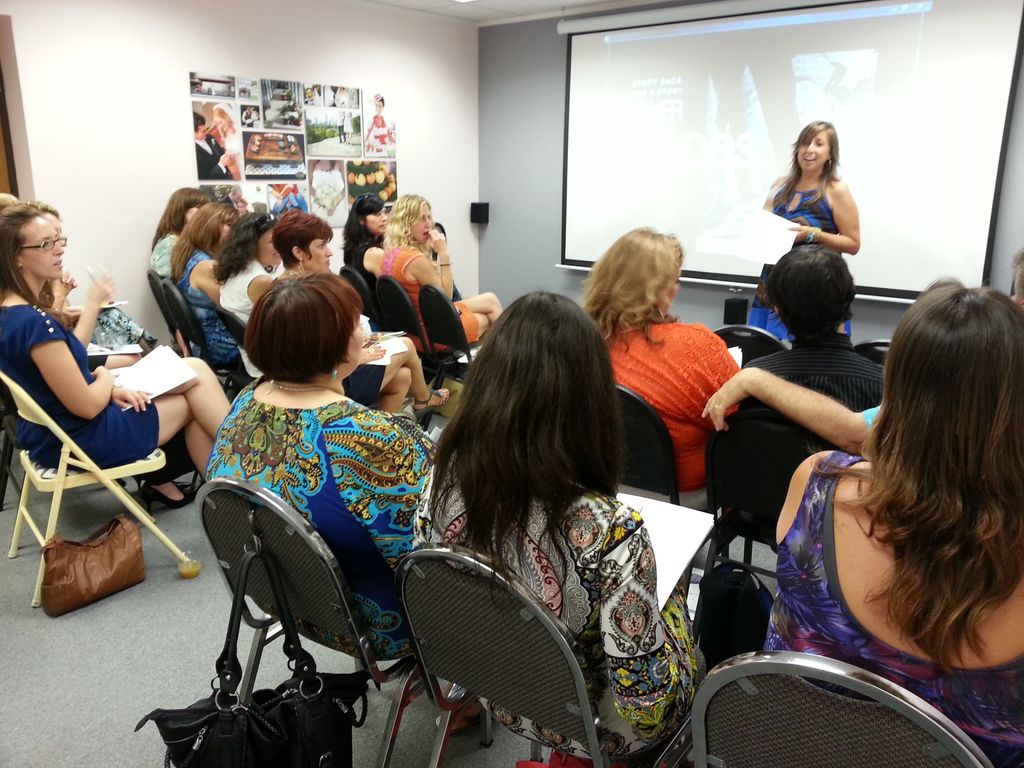 On Friday, I announced the next project ideas and introduced the audience to special guests to help engage in a conversation about the film topics. My special guests included health coach, psychologist Diane Kobrynowicz and SoberHood executive director, Jason Howell.

Synopsis – You CAN Have It! (working title) 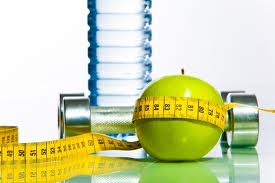 In this documentary film, we will take a look at how so many of us feel hopeless when it comes to our health. Whether it is failing to get the results after drastic measures like gastric bypass surgery, feeling like you have no self control when it comes to food, feeling like you just don’t have time to be healthy or being suckered by clever marketing into believing that you are eating healthy, there are times when it feels like there is no way that optimum health is possible.  It is only for those lucky few that were born with “skinny genes”.  The film will address some important questions about how someone gets to this point in their life, what options are really available, and what will be the difference.  You will hear real people’s stories as they explore ways to take back their life and finally enjoy the activities that they used to dream of.  Experts will raise our awareness and bust some of the popular myths out there while sharing options for implementing a healthy lifestyle that creates a lasting impact on you, your family and our society as a whole. 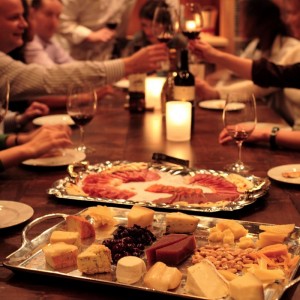 We are in a society that lives for the evenings, weekends, or holidays to party or alter our state of being and excessively over-indulge in alcohol, drugs, food, cigarettes, caffeine, and sugar.  This is the mode of life at all socio-economic levels. Most events and activities for work, family or recreation are based around alcohol and food.  The odds are definitely stacked against anyone choosing differently.

Often negative judgments are placed on these people that they are a party pooper, religious fanatic, or an addict/alcoholic that can’t handle it. This film raises awareness about these societal environments and stigmas and leaves people thinking twice about judging someone for not drinking or choosing differently.  The audience will come to realize that they have no idea what circumstances that person has had to overcome to be where they are.  The film will also have the audience question how much of their own life is driven by these external factors and encourage them to show more compassion for their fellow man and the choices they make for themselves. It is important to honor everyone’s choice in life.

The film will explore the fuzzy line between being a social drinker, pill popper and an alcoholic or addict.  The viewer will meet people from the community that are making an impact in the recovery world.  The film will leave the audience with an idea of how hard it is for someone to choose a different lifestyle.  Part of being a human is sharing the planet with our fellow inhabitants and having the compassion, awareness, and respect to give everyone an opportunity to flourish together.

Throughout the conversation, it was perfectly clear that both of these topics impact us all in some way or another and that it is going to take a huge paradigm shift. 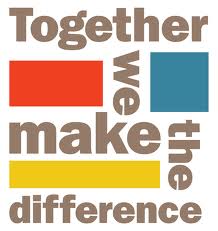 What I’ve seen with “In Her Shoes” project has been very insightful.  I’ve learned a lot about non-profits, their barriers and limitations.  I’ve learned a lot about people and what calls them forward to action.  People want to give and they want to make a difference, they often just don’t know how.  People want a better life.  The task seems so big and overwhelming.  They don’t know where to start.  I want to make it easy for people to create a new world for themselves, their families and their communities.  I want to provide a structure for people to take their lives to the next level by making a big difference, by making movies that matter.

I’m looking to shift the way that we perceive the world from one where we are “trying” to make a difference or “changing” the world, implying that it is broken, to one where we are creating a NEW world. Creating from a blank canvas.  We get to say how we view content, what we watch, what we consume.  We are going to take it a step further in that we get to choose how we take this information back into our communities and what is going to be the biggest bang for the buck.

I recently listened to Gary Keller of Keller Williams Realty, largest real estate company in the US. His words of advice for achieving success in anything that you do, is to do the ONE thing, not the only thing, but the ONE thing.  So what is the ONE thing that we can do that will have the biggest impact in such a way that all other things fall to the wayside or don’t matter.

What I have found is that film is one of the most powerful tools that has the ability to make a bigger difference quicker than any other means for bringing awareness to an issue, topic or cause. It has the ability to be played many times over and over easily and effortlessly to large groups of people.  These film projects will be leaving a legacy for generations to come. It is something that will live on far past our existence.

I invite you to become a part of the Living Powerfully community, a group of like-minded, socially conscious individuals that are interested in taking care of themselves, their families and communities and then taking it to the next level.  Together we can make a bigger difference than any one of us can do alone.